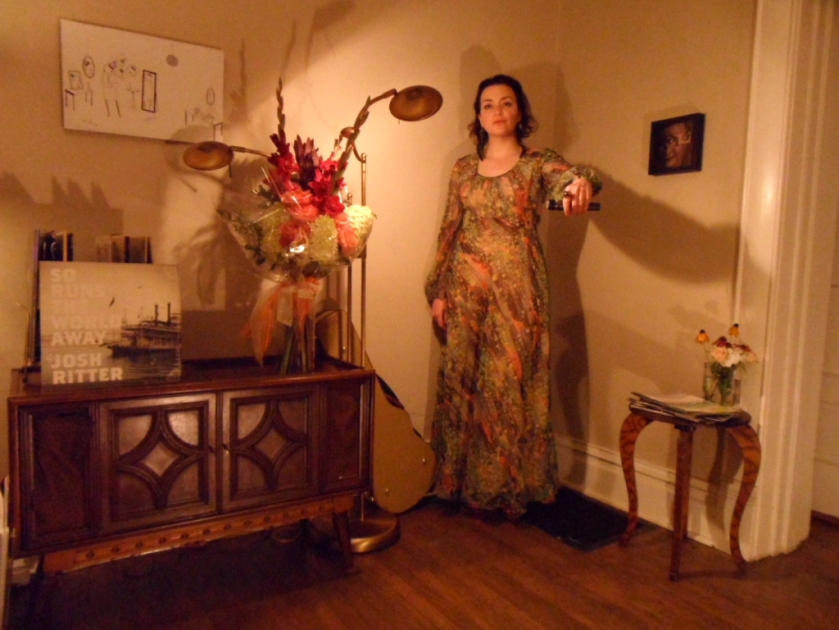 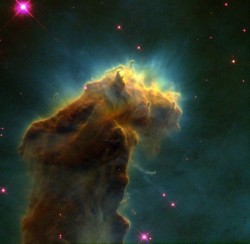 Close up of the Pillars of Creation

What you can become is the miracle you were born to be through the work that you do. –Kurt Vonnegut

I dropped a mic a month ago. Over the past 7 years, I built a magical life from scratch, using the medium of mere words. Self employment. Stage popularity. Community figurehead-ism. Yet somehow, I ended up utterly caged inside my own creations. Lonely. Broke. Trapped.

When at my depressive lowest, I would often stare at photos of deep space taken by the Hubble Telescope. The infinite release of a profoundly glorious and indifferent universe.

So I quit it all. Though it took an act of God, I quit it all. And quitting my “dream life” has been nothing short of an ecstatic freedom. Dropping the mic on stage felt like dropping a world of weight off my shoulders. Boom.

1960s Helen Bass California deep space print gown – $45, In Retrospect vintage/consignment  | Cindy Says green-gold hells – $I can’t remember but they were half off, Piece Unique | Feather earrings – $14 Record Exchange | Busted mic, gift from my rockstar friend Ned Evett (because I’m not an asshole who would drop a live mic and piss off sound peeps ad infinitum)