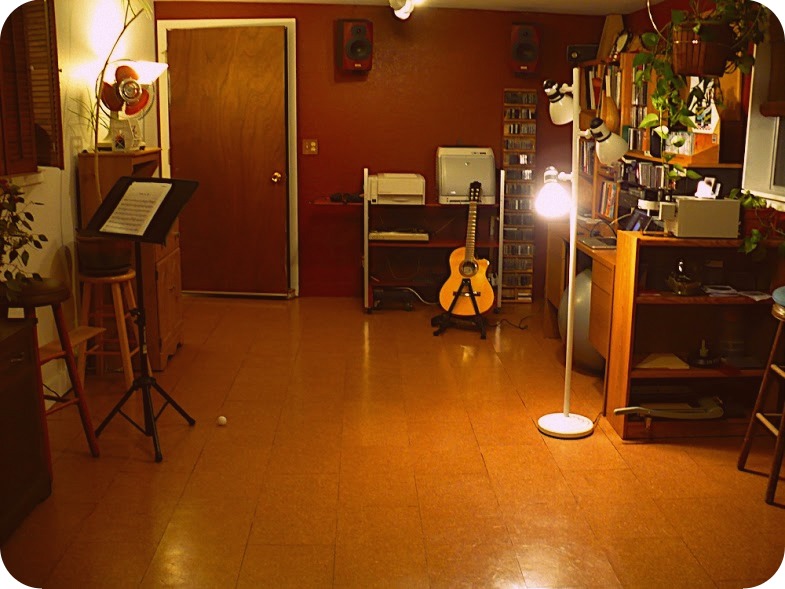 Well this is awkward. Read the Museum Plaque Introduction»

—Bob Dylan, One of Us Must Know (Sooner or Later), (Blonde on Blonde)

[Figure i:  Strangest places. Right after they started dating, he wrote a solitary song about her called Strangest Places—about the Darren Aronofsky film they saw, the windy conversation they had, the surprise connection they found—on their first date. She used to tear up when he played it. Every single time. For what is a lover but a muse?]

[Figure ii: LTR groupie. After they broke up, they still lived together, they still slept together, for 3 unwittingly cruel and unusual months while she searched for an apartment that fit her early 20th century character and cat ideals. He wrote song after song about some imaginary girl who just happened to have a real name, Facebook account and lips. Finding the yellow legal pad with the song titles would leave her livid, sobbing for days to The Lumineers’ “Stubborn Love” on repeat, especially the line, “It’s better to feel pain, than nothing at all. The opposite of love’s indifference.” Crushed under the import of this phrase, she couldn’t get enough on her pressure points. She still went out to see him play. Often with sunglasses on, tears streaming below, she alone hearing the hidden meaning in that rare Paul Simon choice. Because this was how they had always communicated. He a playlist. She a presence. These were their dates. Even still. Her alone dates.] 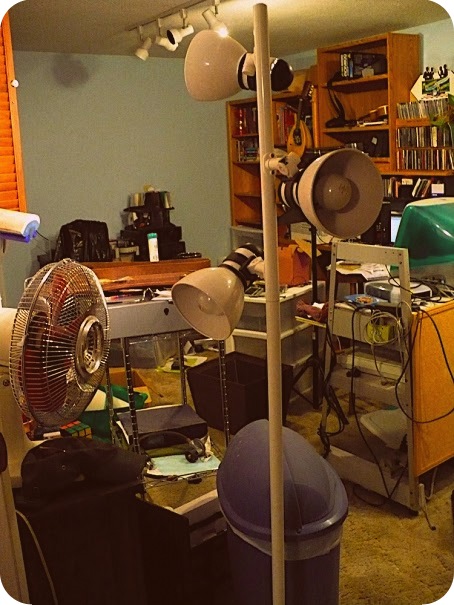 [Figure iii: The blues. The first time, she let him pick out the color of the Studio. He chose blue, but when it came into contrast with the new kitchen, it seemed to endorse BSU overtly, with slight Smurf fetish undertones. Secretly, she hated it. Less secretly, she hated the carpet. She hated that the entrance to her debut home makeover made such a poor first impression. So the second time, she let him pick from one of 3 preselected paint swatches in varying shades of what she called, “Rock star red.” By then, she had learned a thing or two about relationships.]

[Figure iv: Put a cork in it. Flooring was her biggest live-in girlfriend decor move yet, but she was somewhat of a known daredevil in that arena. Flooring though. That’s a leap of faith. That’s commitment. It took a few years of research—plus ceaseless daydreaming as she stared disgustedly at the Studio carpet and color from the kitchen—before she settled on cork. “Cork. Seriously, cork! Cork is amazing,” she exclaimed to him, to the postman, to the checkout clerk, to anyone who would listen. Natural. Sustainable. Renewable. Acoustic. Mold repellant. Cheap. All that jazz. Cork man. Yeah!] 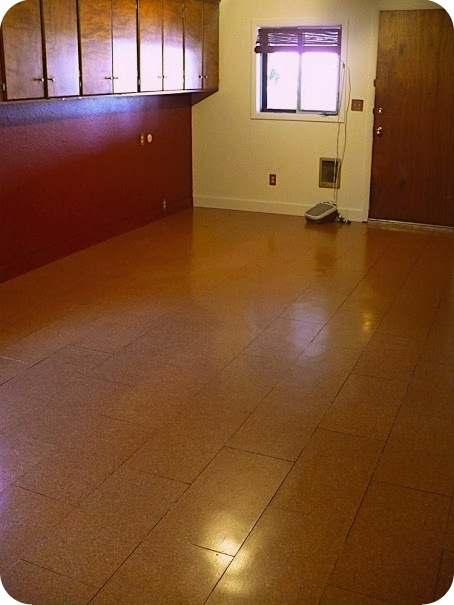 [Figure vi: Lay it down. They did it together, starting in the early evening and extending to fume-aided early morning delirium, spreading out a bastardly sticky glue with every arm muscle and laying down the floor tile by tile. They argued a skosh about the cracks. How wide they were. But the glue dried faster than their debate. Later, the cracks always bothered her. If he had just listened to her, and spaced them closer together, the cork would look more seamless. But still, the floor was beautiful. It was silly to notice the imperfection in this newly perfect space. Still, when it came to floors, you only had one shot. Maybe they blew it, being too hasty? He hand carved beautiful switch plates from the cork tiles. He found that his dream studio speakers, forgotten and untouched in a box in the back room for years, matched the new color perfectly. Call it kismet. Fate. The power of cork.]

[Figure vii: So you think this is funny? When she entered a month-long stand-up comedy contest the July of their live-in break-up, he cheered her on. From afar of course, he had gigs. And priorities, obviously. She made jokes about their break-up fuck it bucket: her 1970s porn star bush and his back hair and unclipped toenails. Underneath a public face of “this is the best break up ever,” it was the worst of times. If only for her. Alternately baffling then wounding her deeply in waves of revelation, it grew painfully obvious that, in the end, this break up just didn’t impact his life all that much. It did not crack open some rich yolk-like core of care she’d always imagined existed at his manly center, beneath the smooth, pale veneer. Instead, all she found was shell, then albumen. And in place of something deeper, omelet after omelet after consolatory omelet. No matter how long she masochistically lingered there to see it—no matter how biting her attempts at humor—his indifference to the shattering of their life together never lifted. This broke her heart freshly, every waking day. Especially waking up in a bed she still shared with this time-released man who, frankly, could’ve put any other person there beside him and seemed just as happy. Because comedy equals tragedy plus (no) time, she won the stand-up contest. In a state of perfect misery, she was crowned Boise’s Funniest Person. She went home after. He came back from a gig. They made love in celebration.]

And then you told me later, as I apologized
That you were just kiddin’ me, you weren’t really from the farm
And I told you, as you clawed out my eyes
That I never really meant to do you any harm 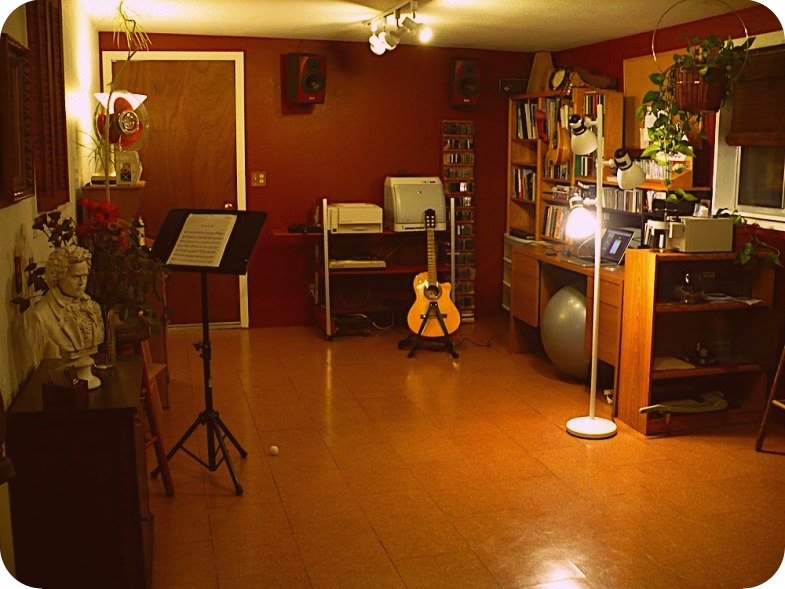 [Figure viii: The final gig. Even after the break up, she still went out to see him play. Just like normal, once or so a week. Until a friend of his, a stranger to her, struck up a casual conversation one night on the patio of the comedy club. They spoke about break-ups, about his recent divorce. At that point, she had just moved out too. He said, “But my friend Dan, playing over there, just told me how great it is being single.” Her stomach hit the floor. Because that’s where emotional shrapnel strikes first. Here, in black and white reportage air quotes: firm confirmation of his utter indifference. Unfettered joy even. She had planned to see Dan play that night, so she still went over, sheepishly. She told him about the cat his friend had let out of the bag. “Come on man,” he said, playfully looking at his friend, smiling. “Don’t do that to me.” She smiled too. She could take a joke. So she sat there, just a regular audience member now—next to this guy who unknowingly just jack-knifed her heart in six words, and a blond burlesque dancer/unabashed fan—hearing him play that 90s cover song again for the millionth time. Thick skulls require direct blows. Finally, it suddenly dawned on her, “What am I doing here?” And she got up. And she walked out. She didn’t say goodbye. She didn’t turn to look back. This was the last time she would hear him play. This was her final gig.]