Be kind, rewind. And fin. Read the Museum Plaque Introduction»

A change in the weather is known to be extreme
But what’s the sense of changing horses in midstream?
I’m going out of my mind, oh, oh
With a pain that stops and starts
Like a corkscrew to my heart
Ever since we’ve been apart 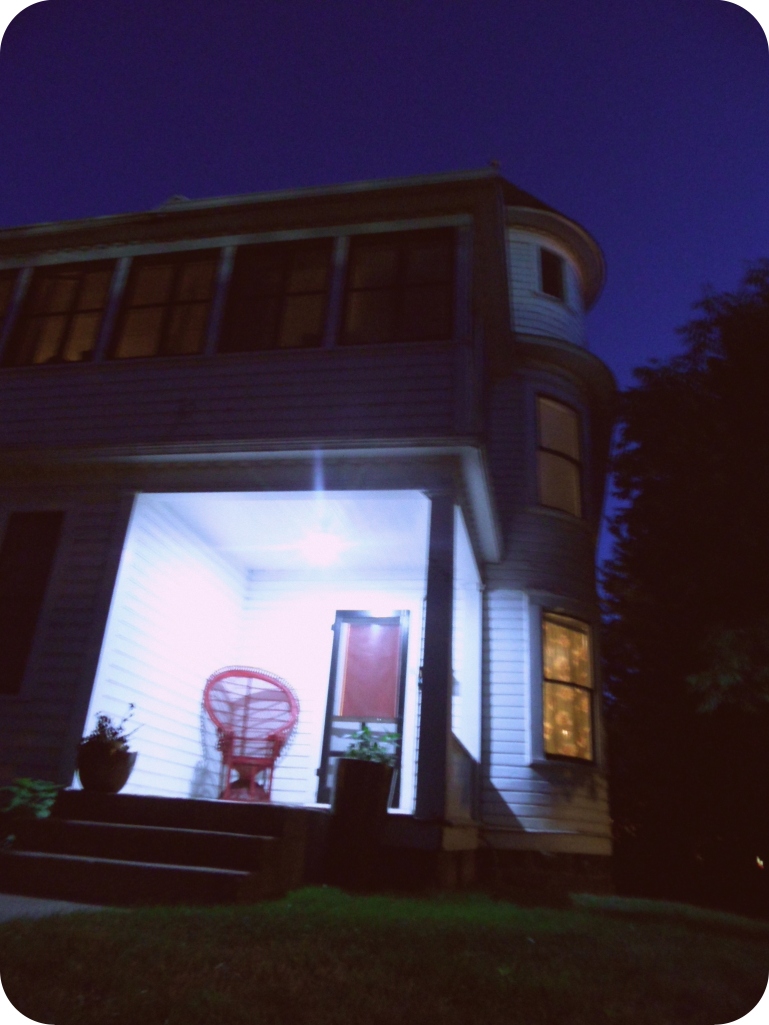 [Figure i: The Break-Up Dioramas. Right after they broke up, she drove to the California coast with her parents to attend a family reunion. Fuming down desert highways in a fog of resentment and pain in the back of a compact car with one’s parents was made substantially more apocalyptic by the replaying, then the replaying, then the replaying, at full volume in her tinny headphones, of her bitter Bob Dylan break-up soundtrack. A playlist of stuck devastation. 6 songs to match each room in that house that was hers but not for that much longer. One to fit her new place (but where was this new place?). She measured out each nasal lyric to weigh the exact amount of heavy it lent to the emotional underbelly now gutted and exposed in everything around her. “I’ll show him,” she thought on that bleak and endless drive, “When I move out, at last he’ll see.” Instead, after she moved out at last, she saw how excruciatingly long these Break-Up Dioramas—this idea she had in that car ride—would take her to write. One full calendar year. Prolonged. Procrastinated. Peep show like. It fit the break up itself. It fit the tedious search for an apartment—a 1.5 month odyssey (then another 0.5 months waiting for vacancy; then 0.5 months painting over the mental institution blue on every wall; then 0.5 months of slow moving—which is sort of like slow gardening just more rip-off-the-bandaid-already uprooting) through the mirages of Craigslist for a place that fit her exacting wish list that included words like, “character,” “hardwood floors,” “North End,” and “cat-friendly.” Words that appeared to be an impossible algorithm, all put together. Finally, grasping the true meaning of “wit’s end,” ready to accept the culdesac of practically anything, she saw this listing hidden on a sub-page of a property management site. It had a turret. The night before the showing, alone in their bed, she dreamed of the apartment. All night fever dreams. She wandered through the turret on M.C. Escher staircases. Going on nothing more substantial than the Google street view, she knew this would be her place. She could see her Apocalypse Now wicker throne on the porch. With a long red rug at the door that looked like a grand entrance to something.] 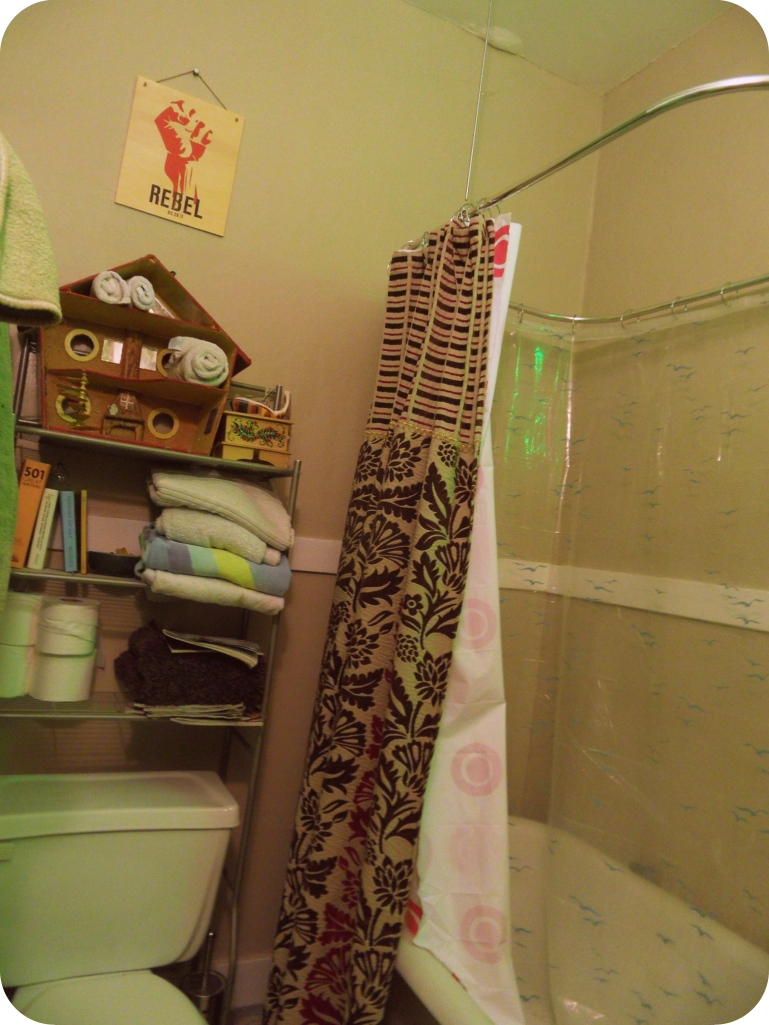 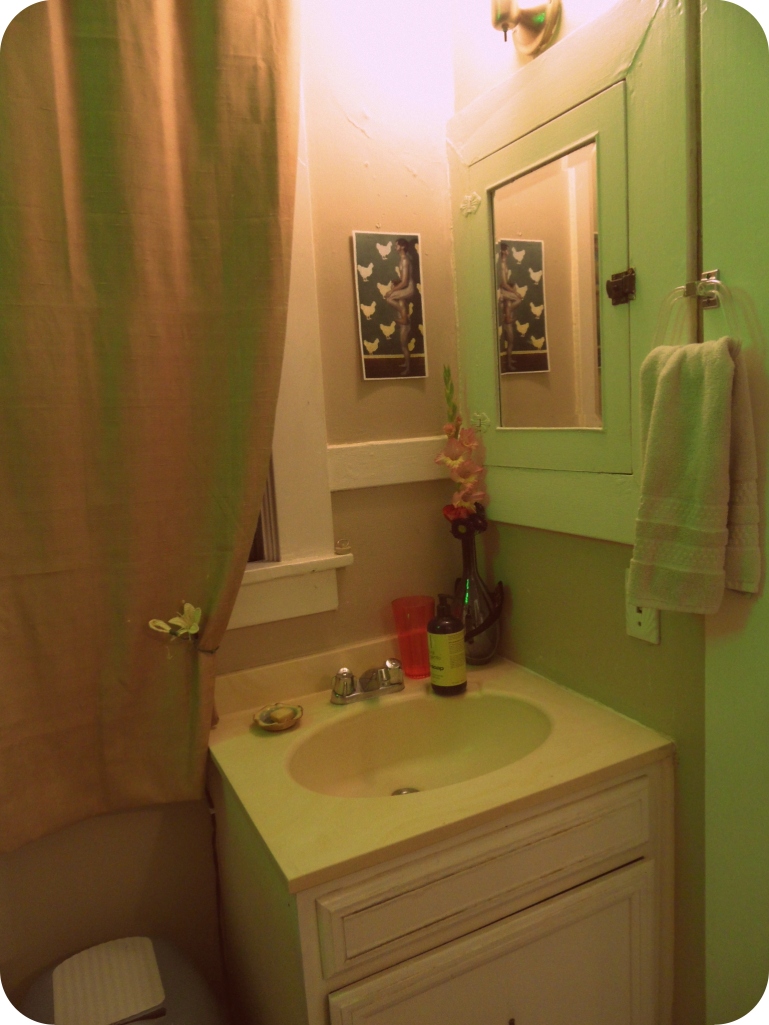 Love is so simple, to quote a phrase
You’ve known it all the time, I’m learnin’ it these days
Oh, I know where I can find you, oh, oh
In somebody’s room
It’s a price I have to pay
You’re a big girl all the way

[Figure ii: Existential Crisis Camp. She immediately commenced to spend most of her time with the equally broken hearted. Comedians, mostly. She joked that someday she’d run a sleep-away camp for adults in various stages of mid-life crisis, with cry rings for arts and crafts, and codependent nail biting for sport. She called it the Existential Crisis Camp. Because what was one to do but sob into rolled up toilet paper by day, then make raw and revealing public jokes about it by night? Because there’s something magical about jokes told under stage lights—to no matter how shrinking the ranks of the mostly-drunks in any given audience—that somehow illuminates the bizarre truth of everything. The jokes made all the fuckery seem (almost) worth it. So she dug deep into the flesh of it with her bitten nails. Eventually, the night came that every comedian dreads. The total bomb. Like a terrorist, it was as if she had detonated something terribly unfunny on stage. The shrapnel: pained silence. She had been attempting to joke about the burning moment when she discovered her ex was in a relationship with a beautiful burlesque dancer. By being invited to an unfortunately-named (for her alone) Facebook event called Dan’s Pussy Party. Time was not yet in the equation, so the joke ended flat on tragedy. As she walked off, shellshocked, her comedy coach patted her on the shoulder with the note, “Heartbreaking stuff.” It took her months to resolve that punchline. But eventually she figured it out. She told it on her one-year stand-up anniversary, at the second Boise’s Funniest Person competition, to a sold-out crowd. Finally, it was time to pass on this torch she’d been holding. It was her last joke. The closer of her short-lived comedy career. And it killed. Because she realized that the funny part of this whole story would most likely be in her “I-know-this-isn’t-a-competition-but-I-am-so-not-winning-this-break-up” social media response. She imagined her own Facebook event counterstrike. Jessica’s Dick Festival, say. Or Jessica’s Cock Extravaganza, maybe. No, more likely, it would be Jessica’s Sausage Party. The event photo: Her, alone on her bed, tear-streaked, in the 1970s zip-up black velour jumpsuit she wears when she’s feeling sad (not to be confused with the 1970s open-fronted black velour jumpsuit she wears when she’s feeling sexy), a mat of cat hair stuck to the chest, surrounded by Oscar Meyer wieners. Event date: Existential. Event description: Cry for help. #winning #boisesfunniestperson] 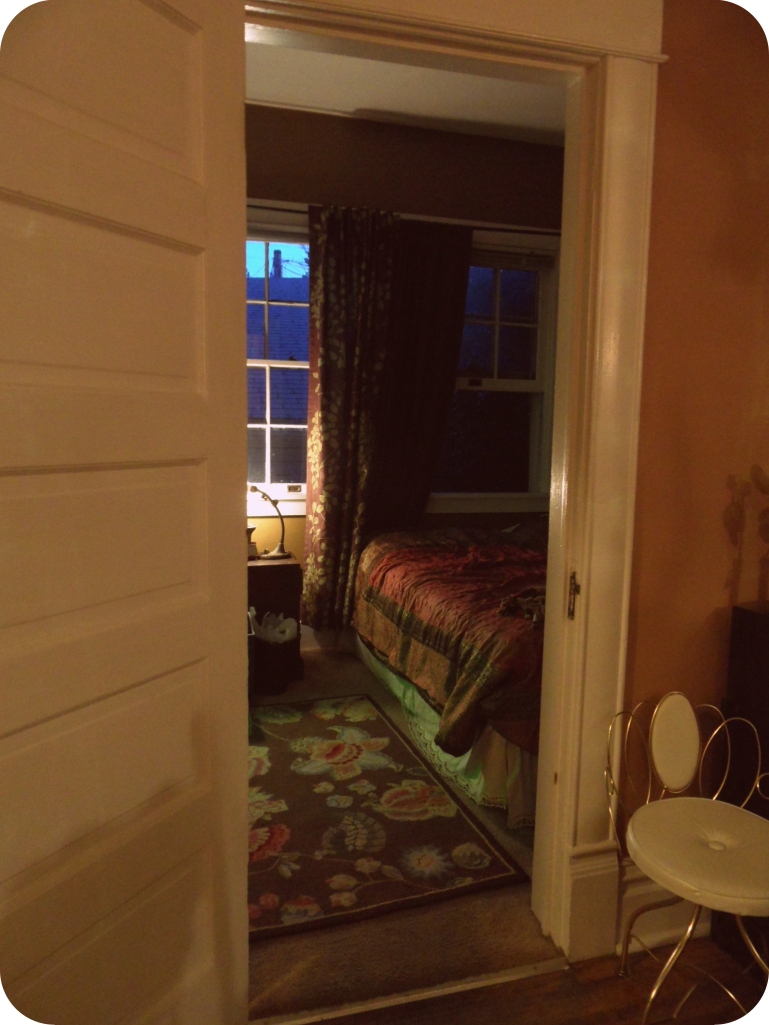 Time is a jet plane, it moves too fast
Oh, but what a shame if all we’ve shared can’t last
I can change, I swear, oh, oh
See what you can do
I can make it through
You can make it too

[Figure iii: Fear, Illusion, Decay: With her comedy contest winnings, she bought a green neon sign for her bathroom that read, “Fear. Illusion. Decay.” It matched her altered view of existence precisely. The cratering of solipsistic universes. Relationships doomed to fail simply by having the gall to begin. The dying of all things. She spiraled into nihilism with every flagging ounce of her depressed energy. She unfriended. She put up guards. She pushed away. She embraced nothingness. But the fog just grew thicker. She could no longer smoke out her true signal for all the white noise. Until one day in early spring, when, her icy defenses dissolving, she surprised herself by saying, “I forgive you.” To him. To herself. To the whole awful situation. And when she did, half her heart resurged with light. For the first time since the break up, that day, when she walked by couples on the street (shamelessly PDA’ing with no consideration for the recently jilted), she did not think, “You poor, poor things.” Baby steps. Eventually, she ended up not really holding much of anything against him, though she suspected they would never again be close in any real way. The tragic thing, she realized, was the ignoring of the untapped truths lying just underneath the surface. The saddest thing was that she fell out of love with him far before they ever could have ever acknowledged it with words. And he with her. Both holding on for dear sweet life. Both silent all the way. Fear. Illusion. Decay.] 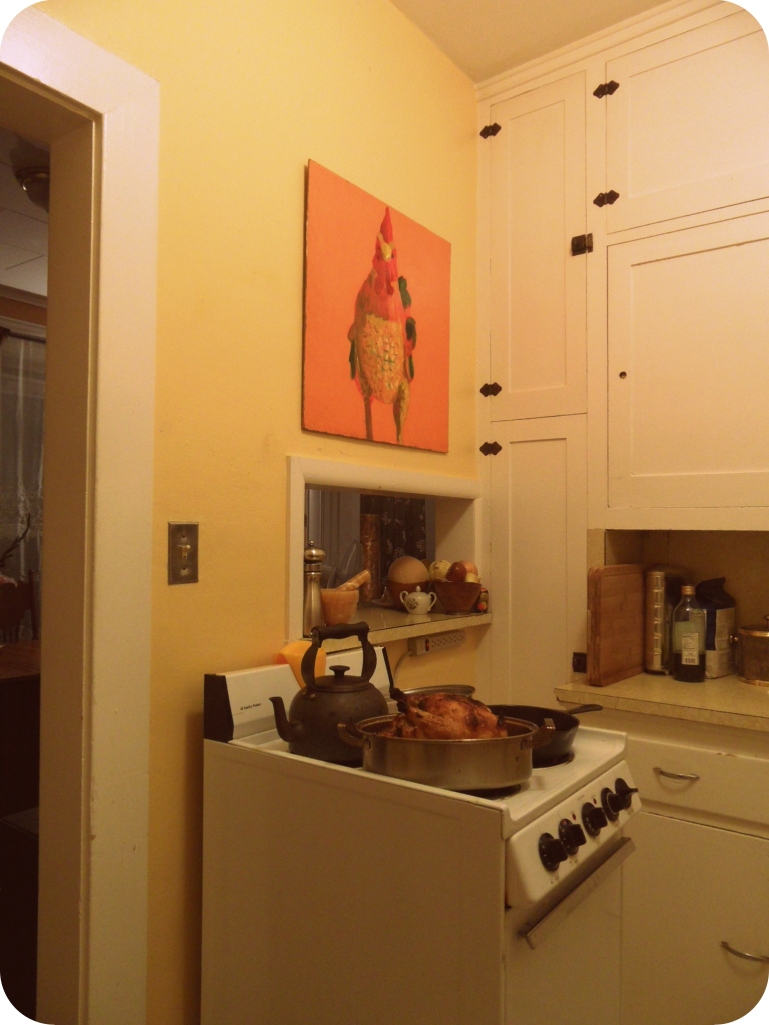 Bird on the horizon, sittin’ on a fence
He’s singin’ his song for me at his own expense
And I’m just like that bird, oh, oh
Singin’ just for you
I hope that you can hear
Hear me singin’ through these tears

[Figure iv: A winged thing. She began to read about the Hero’s Journey. Because everyone is the hero of her own myth. And the days of our lives are our sagas, our epics. Under this light, the break up seemed a call to adventure. Her obstinate pain, the refusal of that call. The descent into the fog of nihilism became the crossing of the threshold into an unknown world. So her task now, it appeared, before she could be reborn, was to conquer her greatest fear. But how? And what was that really? Months into the thick of it, she still found herself stuck there, at the absolute nadir of her soul, wearing battle-ready armor and wildly thrusting her sword in desperate self defense. Only to realize, when the smoke cleared at last, that her enemies were illusions of her mind. She was utterly alone. Repeatedly stabbing herself. Over and over. Cut. Bleed. Cut. Bleed. Cut. Bleed. That spring, she went to New York City for the first time. She saw the dioramas in the Natural History Museum and the stand-up in the legendary cramped clubs, where famed comedians gleefully mocked her unfettered ridiculous laugh. She was goofily wide-eyed and dangerously exploratory. She felt giddy. She felt untethered. The world was bigger than her desolation, if she just pushed herself beyond it. She bought a black, gold, and silver sequins silk top in the form of a butterfly at the Brooklyn Flea Market and gave it to her friend, the one who had just moved to Union Square earlier that year, who said to her, using pseudo-science as emotional prophecy, as it should and will be done until the end of time, amen: “You know, if you cut into a cocoon in the early stages of metamorphosis, there’s just goo, except for the wings. The wings come first.”

Our conversation was short and sweet
It nearly swept me off-a my feet
And I’m back in the rain, oh, oh
And you are on dry land
You made it there somehow
You’re a big girl now

[Figure v: Stories of the Pursuit. She was struggling, as usual, with the last words. “Sometimes, by changing the theme of your story, you change everything. The impact and import of it completely shifts in that light,” she spoke, sort-of stream of consciously. “So what is your theme for this story?” her Mentor (read: counselor) asked. “So you can put this to bed for good?” The girl threw out a few. Disillusion. Disregard. Disenchantment. All the dis words. No. They would never really do. Or be the just due. It simply was what it was and when it was she was happy and when it was not she sank into the quickening sands of the very gloomy indeed. But really what it was now was not hers to dwell on anymore. Because it was a done thing. Not extremely long ago but long ago enough. In a house not so very far away but that felt pretty damn far far away indeed. The dark depths of her pain were a dead thing too, dried up and desiccated. Husks, easily blown away. The definitive end of one story, on theme. The beginning of a new. What she was now was a winged thing. In a metamorphosis timed to the tune of Bob Dylan. So the theme for it all in the end? “Happiness,” she realized, “Stories of the pursuit.” Just walk into it, she thought, Don’t look back.] 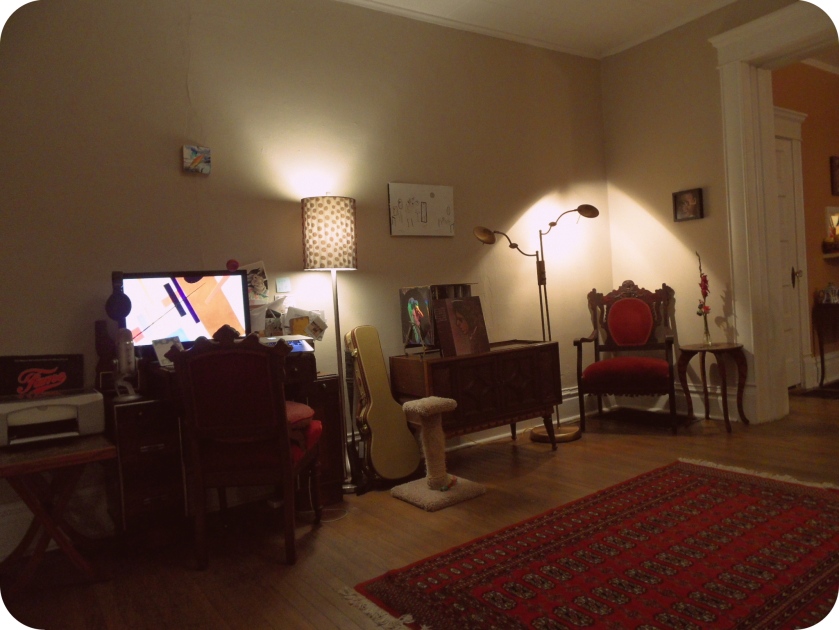 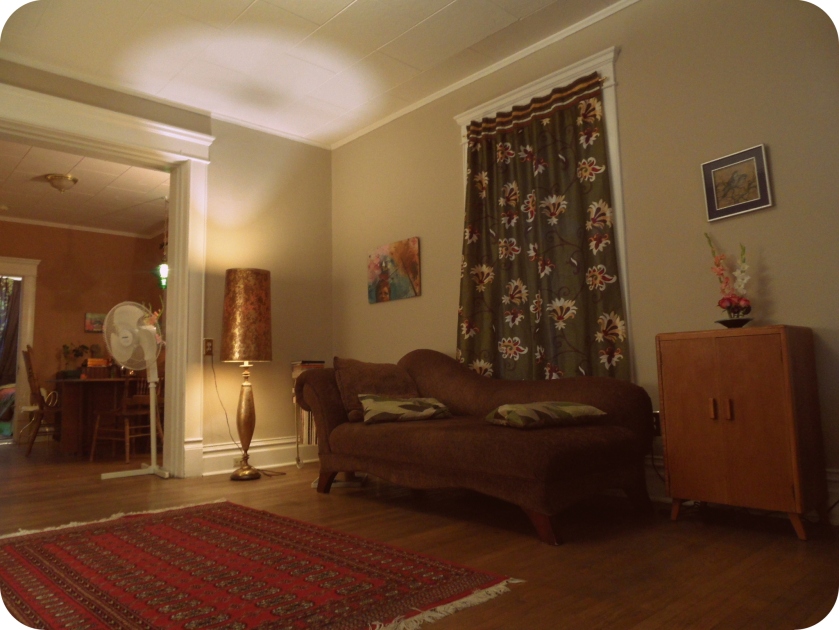 *She had to play
these lyrics
in reverse.
painfully moving
from the last verse
to the first.
Because that’s
how
it worked out
in the end.