I spent the last 5 days at the late great artist Robert Rauschenberg‘s compound on Captiva Island, Florida. The heat a record high. The humidity druggy. The experience magic born of darkness and light.

Rumor has it, Captiva is named for the misdeeds of the infamous pirates who roamed here in the early 1800s, exploiting the isle to hold female prisoners for ransom.

Instead, I was flown in, with enthsiastic consent, by the extraordinary Robert Rauschenberg Foundation, his legacy nonprofit that dropped a $30k money bomb on Story Story Night‘s lap 2 years ago. Back then, even after phenomenal popularity, we were barely making it as an organization, and as human beings, honestly.

I was lost in a horrifying, devastation-slash-stage-stricken major depressive episode. All live and without notes. Even with sold out shows stoked by nervous energy, Story Story Night‘s budget barely squeaked by. Behind the scenes, we had no structure, no nonprofit status. I felt like a husk. Deep inside a panicking, burning, and weeping body, I thought everything I loved was actually a parasite—eating my soul alive—and everything I had worked and bled for would disappear in a puff like dust. 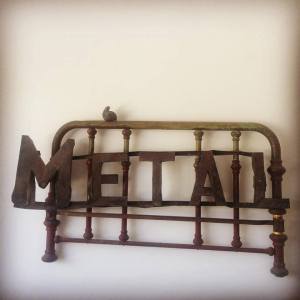 When we were drowning, doomed to die, Robert Rauschenberg saved Story Story Night. Being at his compound later rescued me.

Starting in the 1970s, Bob started buying up land on the island, offering property owners a deal: ‘We will save the nature of Captiva from resort developers together. Sell me your property instead, and you can live here free until you die. What you once loved will be preserved—come hell or high water.’

Buildings white from top to bottom on the outside and the in. Each studio with a purpose and its tools. Screen-printing. Curing. Fabrication. Dance. Writing. Unrestricted, massive creation. Each space lined with adjustable track lights beaming on the bare floors and walls, daring you to begin.

Here, the RRF SEED grant winners—all early-stage, groundbreaking programs from 10 cities around the U.S.—met to make breakthroughs in our thinking and our passions and our projects.

We saw dolphins jump beside our ferry in the Gulf of Mexico. We walked in the dense jungle surrounding Rauschenberg’s first beach house studio, where there grew the literal tree of life. We swam at midnight with bioluminescent plankton that sparked off our bodies in glitter and glow. Above, the Leonid meteors crashed through the atmosphere.

And there we floated, captivated. 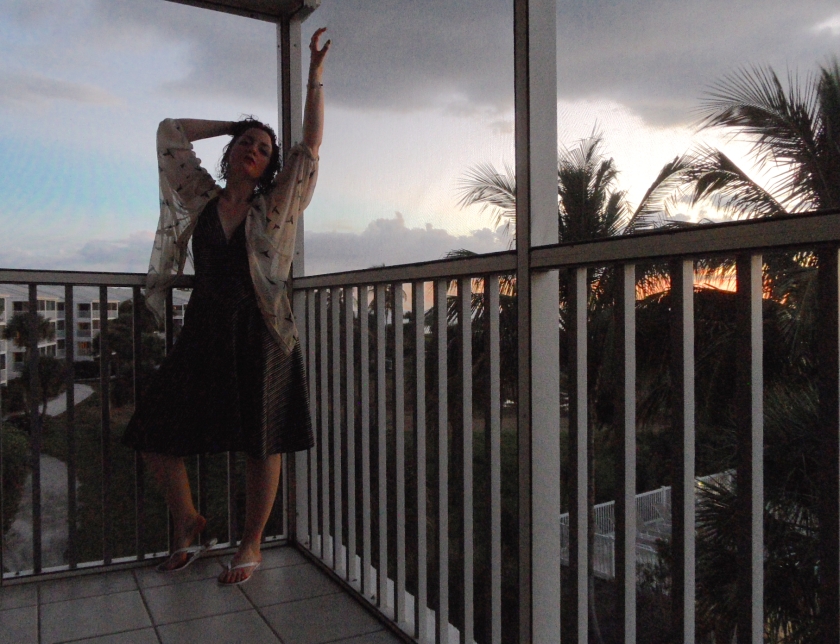 Black-and-white striped tie-string halter dress (that I just realized while digging through my luggage to find the brand that I left hanging on the hook behind the door in the bathroom of the South Seas resort where I took this photo. Goodbye, sweet, captive beauty), $10, LUX Fashion Lounge | Black Rainn sheer bird shirt, $14, Serendipity Boutique |  White plastic flip-flops with gold glitter insteps, $2, Grocery Outlet

Rauschenberg of the day: “Instead Glut”